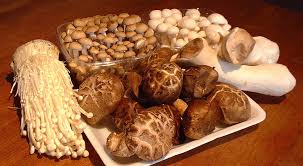 The Grifola Frondosa mushroom or the hen-of-the-woods called maitake in Japanese can be found in Europe, Asia, in the north-eastern part of Japan and in the eastern part of North-America. It is a tasty and popular mushroom that provides gastronomic joy and has several important physiologic effects.

Due to the complex researches we know how it works. There are several symptoms or health problems for which it can be used as food or supplement.

Its most important components are the

Beta-glucan: the most important component is the beta-glucan that has a very important role in the activation of the white blood cells and the T-cells. Its secret is that these cells are very important for the immunity, its normal function and the prevention from the negative effects of the free radicals.

Ergosterol: The preliminary vitamin of vitamin D (calciferol) dissolves in fat and is transformed into vitamin D by the UV-radiation of the sun. The vitamin D harmonises the calcium and phosphorus level of the blood providing a balanced increase and decrease of the bone mass, delays the decay of teeth and supports several other important processes.

It is essential to know that the presence of the preliminary vitamin is not enough, it shall be transformed and the transformation requires sunshine.

To be healthy stay in the open air as much as possible from autumn to spring as well!

This website uses cookies to improve your experience. We'll assume you're ok with this, but you can opt-out if you wish.Accept Read More